The aim of this project was to emulate the Apollo Guidance Computer (AGC) and DSKY user interface on a handheld physical device running the machine code from the Apollo lunar missions (tested with Luminary099, the software that ran in the Apollo 11 LM). This involved designing custom PCBs (finished in stylish lunar white) featuring: 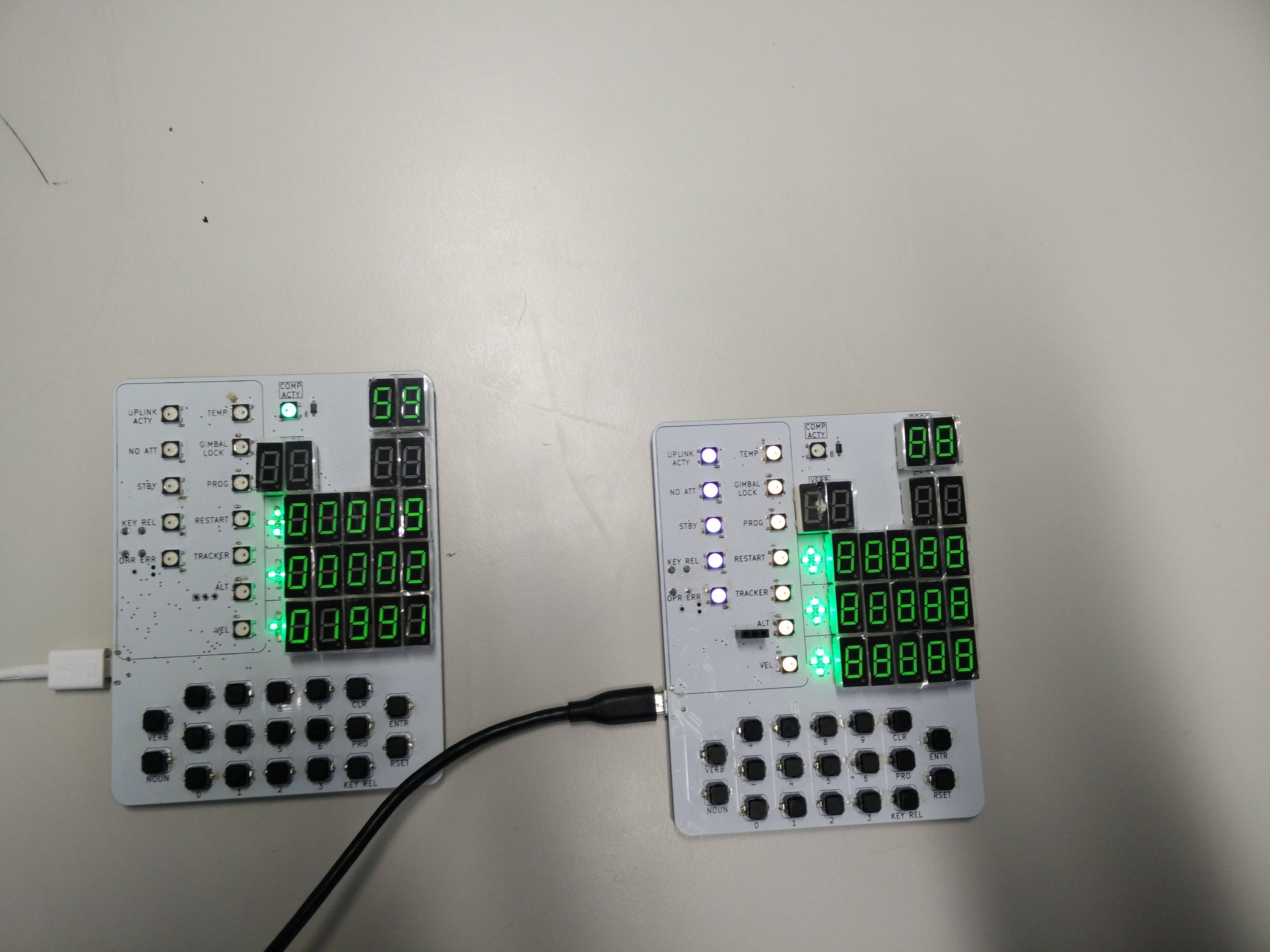 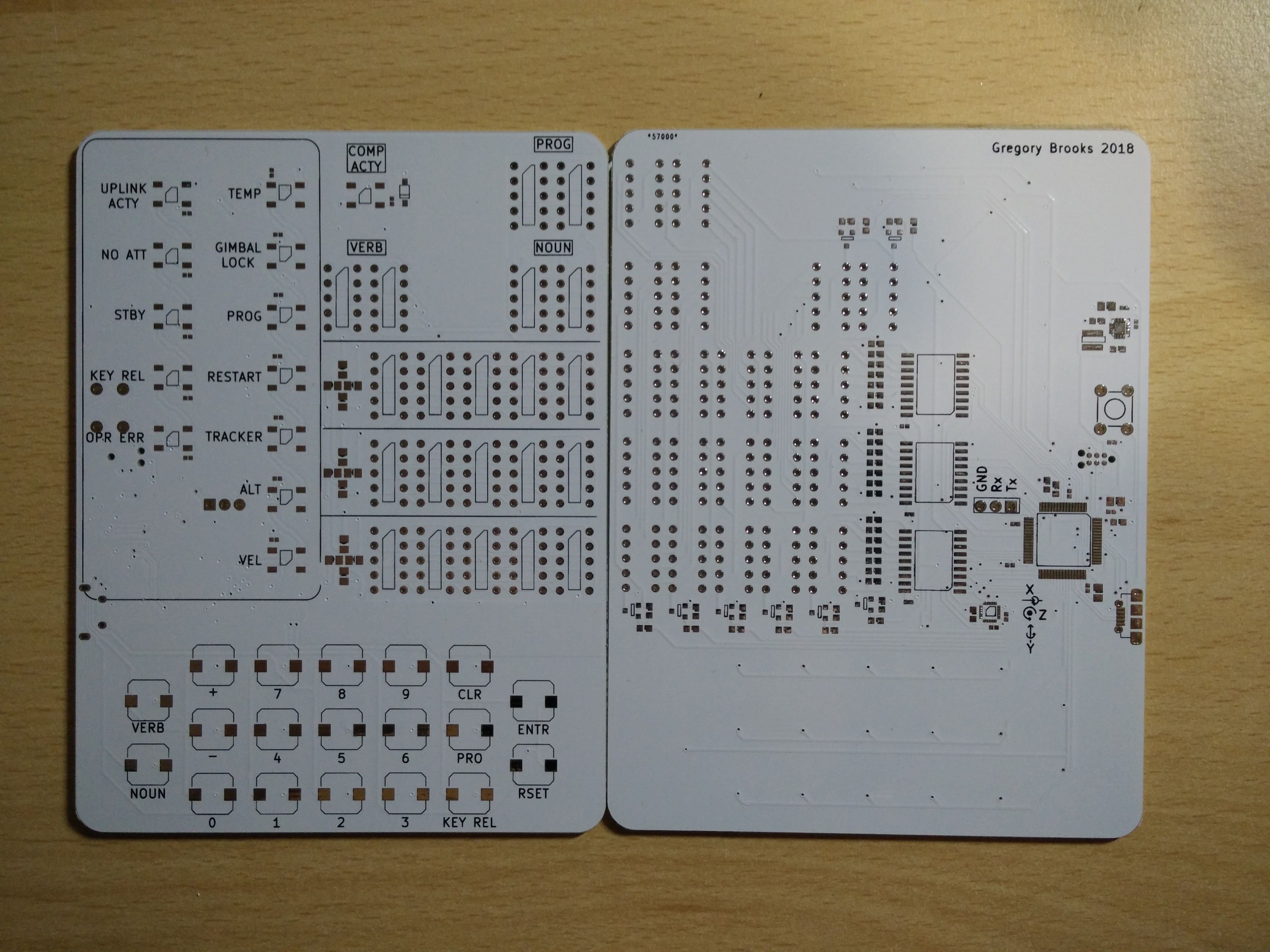 The firmware is built upon the vast body of work done by the VirtualAGC project. As well as transcribing many of the original Apollo schematics and software printouts into digital form, the project has produced the yaAGC emulator, a desktop C application that emulates the AGC, and yaYUL, an Apollo assembler. My project took the binary ‘core rope’ output of yaYUL, rearranging some memory banks before storing it in the STM32’s flash memory. A ported version of yaAGC running on the microcontroller could then step through the instructions in the Apollo binary. My code maps yaAGC’s I/O channels to the physical hardware on the board.

Note: This project would not have been possible without the work of Ron Burkey and everyone else involved with the VirtualAGC project (and of course the people who designed the original at the Charles Stark Draper Laboratory and NASA). Take a look at their work here: www.ibiblio.org/apollo/index.html