This project started during my final year at school, but was put on hold (due to pesky exams) until December 2015. The hardware is fairly standard for a nixie tube clock (arduino, DS1307 RTC, nixie tubes with driver ICs, high voltage supply module) but with the addition of a GPS module for precise timing synchronisation. The digits also fade in/out nicely :). A polyfuse is fitted on the high voltage rail…just in case… 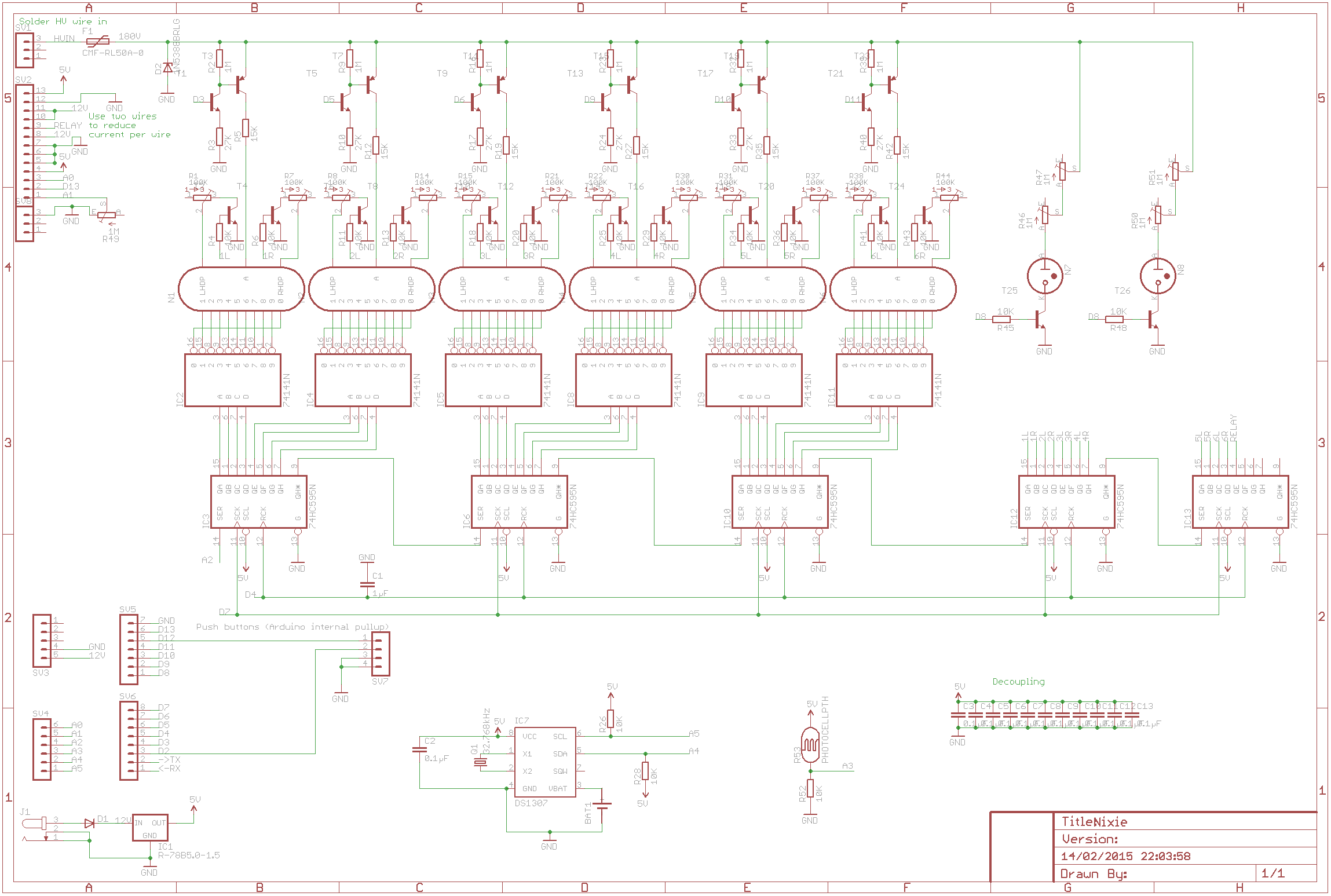 A screenshot of the schematic 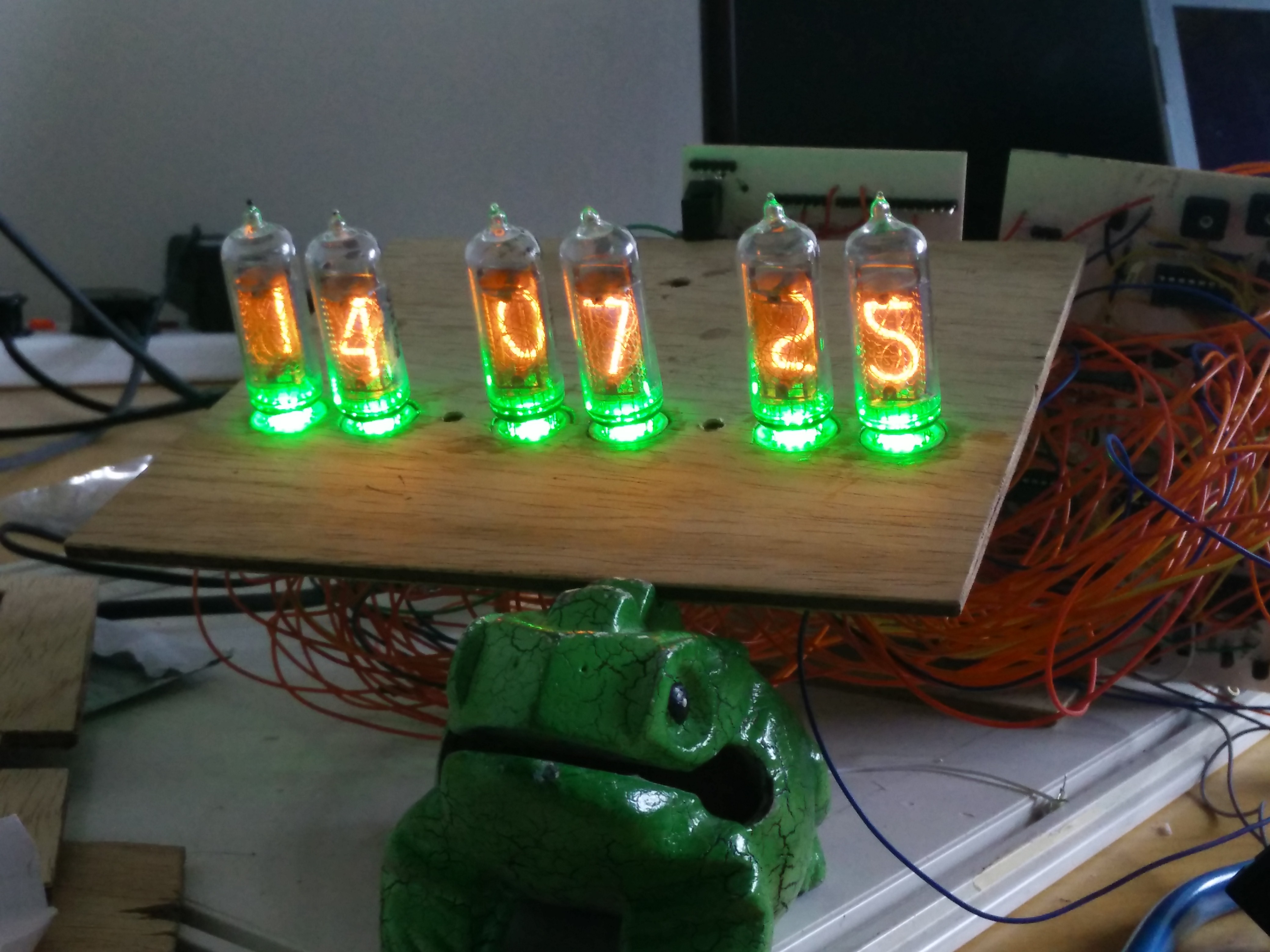 Testing the nixie tubes before final assembly. The wire spaghetti is due to the fact that the PCBs are single layer through hole boards, photo etched at school since I did not have the tools (or money!) for SMD assembly at the time.

As of 2019 the clock is still working! I would like to design a v2.0 soon though, on a more compact PCB.